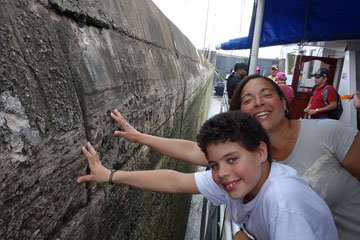 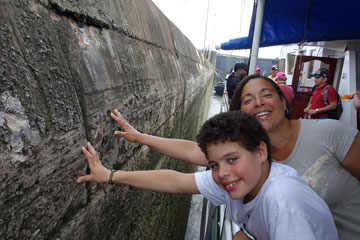 – Canal cruises are increasing in popularity as a unique, close-up, and relaxing way to experience local culture. Panama Canal cruises offer a chance to see one of the world’s most well-known canals, and this year is especially historic, with the 20th anniversary of the United States’ transference of the canal to Panamanian ownership on December 31, 1999.Panama Canal cruises are distinctive in that travelers are able to appreciate the canal’s historic and modern features from the water. The Panama Canal cruise from Caravan Tours, for example, includes views of the canal’s historic locks, which influenced shipbuilding for decades because of the canal’s importance in the world economy. The Panama Canal has remained a major transit route between the Atlantic and Pacific oceans, and newer locks were added as part of an expansion project that doubled the capacity of the Panama Canal to accommodate the passage of modern container ships and other large ships. Only certain Panama Canal cruises include travel to both the old and new locks at Miraflores and Pedro Miguel.The Panama Canal museum, located near the locks at Miraflores, details the Panama Canal history, from early construction to current operation and includes the Panama Canal Expansion Operations Center, with prime viewing of the locks.As a vacation destination, Panama offers something for everyone.In addition to the Panama Canal and its history, visitors can experience the Biomuseo, a state-of-the-art science museum dedicated to biodiversity and the environment, located at the Pacific entrance to the Panama Canal. The Biomuseo building was designed by renowned architect Frank Gehry, and features multiple galleries with themes including "Oceans Divided" and "The Living Web." Interactive displays engage and educate visitors of all ages.Visitors to Panama on a Caravan Panama Canal cruise can also explore the flora and fauna of the rainforests, cruising through jungle canals and learning about the culture of the local Embera people who call the Panama River and the rainforest home. Panama Canal cruises also offer opportunities for beachfront strolling and relaxing in a top-notch resort setting.Caravan Tours, an operator of Panama Canal cruises, has been in business since 1952.For more information about Panama Canal cruises, go to caravan.com.

Don't Get Scammed: What to Know Before Hiring a Timeshare Exit Company

Bed and Breakfasts Give Travel a Personal Touch

This Year, Rethink The Way You Plan a Vacation

Set the Stage for a Memorable Family Reunion