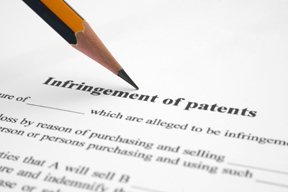 – America’s economic engine is fueled by innovation. The ideas and inventions that emerge from researchers’ labs or the garages of budding entrepreneurs have spawned powerhouse companies, even new industries. But turning ideas into products usually requires a crucial step: getting a patent. Patents provide years of protection, ensuring that innovators’ investments won’t be undercut by copycats. As Abraham Lincoln once famously said, patents add “the fuel of interest to the fire of genius.” So it’s not surprising that intellectual property can be immensely valuable. Universities bring in millions of dollars every year from licensing patents. Billions of dollars in damages have also been awarded when patent holders sue companies for infringement. In fact, patents can be so valuable that some people and companies do nothing but snap up obscure patents, often of dubious quality, to use as weapons to extract licensing fees or damages from major corporations. The tech industry derisively calls these entities “patent trolls” and has set up an “anti-troll” organization, Unified Patents, to challenge the validity of patents. So is it possible to tell the legitimate innovators from the trolls? There are two ways. First, did the company actually make the invention — and file for patent — itself? Second, have the company’s patents survived the inevitable challenge from Unified Patents? There’s one interesting company for which both answers are a resounding Yes. Long before the iPhone was introduced, the engineers at Voip-Pal (OTCQB: VPLM) had a vision that telephone calls, text messages and other information would travel over the Internet. So they invented and patented all the technology needed to route calls back and forth from the Internet to other networks. That technology is now used by major telecom and social media companies, but none have licensed the patents. That’s why Voip-Pal has sued a number of giant telecom companies for billions of dollars in damages. And, crucially, the effort by Unified Patents to invalidate Voip-Pal’s patents failed. Voip-Pal hopes to either win or settle the cases, demonstrating once again the enormous value of high-quality patents.
NewsUSA Technology

Nano-Silver Masks May Be Helping to Control Covid in Vietnam

How to Boost Your Business in A Digital Environment

College Board Offers Online AP Courses and Exams During Coronavirus

Gunnar Peterson Offers Tips to Get Your Hearing in Shape