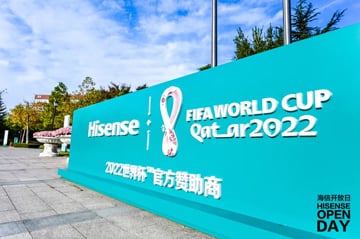 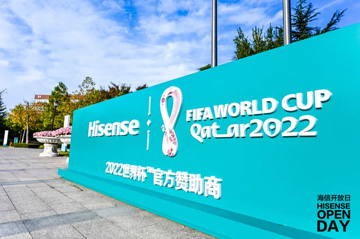 (MS) – Hisense’s future development should continue to focus on high-end products, but meanwhile expand its business-to-business (B2B) industry, says Zhou Houjian, the chairman of the Hisense Group.Hisense’s monthly revenue from the international markets has exceeded $800 million, which marks a great achievement. But, the company has yet to put more money in its research and development in the B2B industry. Zhou Houjian points out that going overseas in the B2B industry is a clear strategy of the Group to deal with uncertain business risks in the future.The Group now owns 54 overseas companies and offices, 11 research and development institutions, 18 industrial parks and production bases. Over the past many years, Hisense has gone from a little-known brand to one of the most popular Chinese brands among international consumers and has become a truly international brand.As a matter of fact, Hisense Group’s plan to set foot in the overseas B2B industry has long been clear. Since the beginning of this year, in the annual Canon Fair and the China Africa Economic & Trade Expo, the Group has debuted new lines of B2B products such as color ultrasound devices, smart transportation solutions and commercial display solutions.The overseas sales of Hisense commercial display products, increased by more than 240% in the first 10 months of 2021. Hisense commercial displays can now be seen in the Parc des Princes stadium in Paris, BP oil gas station in UK, KFC restaurants in Poland and the ice hockey arenas in Norway.In August of this year, Hisense Medical received a big order of medical displays from South Africa, a milestone in its overseas medical display business.Zhou says that next year, going overseas will become an even more important strategic development direction for Hisense’s B2B industry, which showcases the Group’s resolve in industrial transformation and upgrading. The Group will give key support in terms of human and financial resources. The acceleration of overseas B2B business expansion will catalyze Hisense technologies global influence.

BookTrib's Bites: Four to Keep You Reading Through the Night