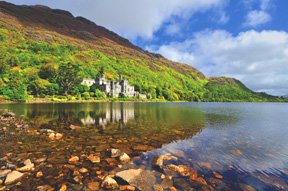 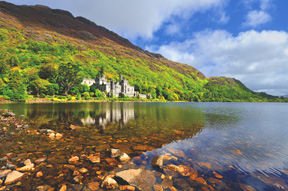 – If you live or work in a big city, you may be reluctant to travel across the ocean to another bustling metropolis. There’s only one Paris but getting from the Louvre to Notre-Dame to the Arc de Triomphe via the Paris Metro doesn’t feel a whole lot like a vacation if your typical day includes the New York City subway, for example.The good news is that there are many places outside of major cities for great culture and cuisine, but with a more laid-back feel.Blue-Roads, a world leader in small group touring, specializes in taking you to these more intimate destinations where you get the best of both worlds. Here are a few ideas for authentic experiences coupled with a relaxed pace that allow you to truly decompress and better enjoy your travels:Bilbao, Spain. Millions of tourists flock annually to Catalonia’s capital, Barcelona, for its world-class art museums, its imposing gothic architecture and Northern Spanish delights such as paella. In Bilbao, you’ll find equally appealing character and ambiance. In this rugged coastal city, steep yourself in Basque culture, history and cuisine. It’s renowned for its fresh seafood and Basque foodways, its world-class Guggenheim Museum, and it’s amazing indoor food market and contemporary architecture. On Blue-Roads’ Highlights of Northern Spain tour, you’ll explore the iconic Frank Gehry-designed Guggenheim and dine at a Michelin-starred restaurant.Granada, Spain. Madrid may be famous for its great European masterworks and breathtaking architecture, notably the Royal Palace and Plaza Mayor, but Granada is a jewel in its own right. You’ll marvel at Granada’s equally breathtaking Moorish architecture, a distinctive mix of Islamic and Arabic influences. No visit to Granada is complete without seeing the splendor of the Alhambra’s palace and gardens from its plateau in the Sierra Nevada Mountains, with a sweeping vista overlooking the city. Included in the Iberian Inspiration tour is an exploration of this famed place, considered one of the finest masterpieces in Islamic architecture.York, England. While few cities can match the lure of London, it is a very crowded destination. About three and a half hours north is York, one of the best-preserved ancient walled cities in the world. It dates back to Roman times. It’s also one of the most picturesque places in England. The Heart of Britain tour brings you into the heart of Old Town York. Steps built in the middle ages bring you to the top of the city wall where you can take in dazzling views before sitting down to enjoy a pint or a meal.Galway, Ireland. Ireland is famous for its rugged coastline, majestic castles and emerald green hills. Be sure not to limit yourself to Dublin or Belfast, though. Don’t miss Galway, considered Ireland’s cultural heart and designated the European Cultural Capital 2020. Known for its traditional Irish music, Galway is rich in medieval history, street art and is the birthplace of the traditional Claddagh ring. On Blue-Roads’ Emerald Isle tour, you’ll soak in the vibrant energy of this eclectic city, including a walking tour of the harbor city of Galway, where fisherman have lived and worked for centuries.Who says you can’t have it all? When you visit one of these less-traveled cities featured in Blue-Roads Tours, you’ll replace the day-to-day with a getaway to remember.

BookTrib's Bites: Secrets, Celebrations of Family and Ramblings of Wisdom

Vacation in Jamaica and Indulge Your Senses

Upgrade A Summer Road Trip with An RV Rental