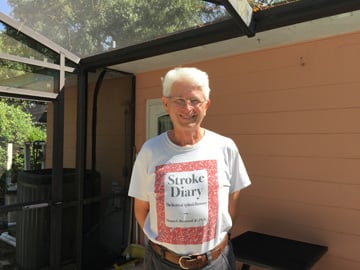 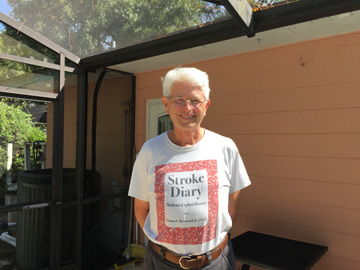 – More than 86% of people surveyed in the U.S. have never heard the term "aphasia." Aphasia is a language disorder that impairs the ability to communicate. People with aphasia may have trouble retrieving the names of objects or putting words together in a sentence. They may have trouble listening, speaking, reading or writing. This loss of language does not impact a person’s intelligence.One million people in the U.S.are estimated to have aphasia, according to the American Stroke Association, a division of the American Heart Association, and the National Aphasia Association.Stroke survivors with aphasia face an increased incidence of poststroke depression versus stroke survivors with no aphasia.It is important to know that aphasia is not an intellectual disability and does not impair intellectual function. Over time, many people with aphasia are able to improve and recover their language skills."Stroke and aphasia recovery can feel like the movie, ‘Mission Impossible,’ when the mission is basically impossible, yet the team does it and wins anyway," says Tom Broussard, a stroke survivor who developed aphasia in 2011 and has since become a stroke and aphasia educator."Others often think that it can’t be done, but people who have lost their language still have the skills to do the impossible and regain their language again," he emphasizes.Communication plays an important role in recovery. If someone can’t express pain or depression, they can’t get help.The American Stroke Association and the National Aphasia Association are collaborating to help stroke survivors beat aphasia. They offer these strategies:

Broussard offers several tips that have helped him with his recovery, including starting a journal to record progress. He recommends reading aloud and recording yourself; also playing word and letter games such as ScrabbleTM and BoggleTM, and other card games and board games."One thing I wish that everyone knew about aphasia is that the brain really can rewire its language with persistent and repetitive language activities," he says.Visit stroke.org/aphasia for more information.

How to Maximize Your 2022 Medicare Advantage Plan

One Man's Quest to Treat Chronic Bronchitis, a Type of COPD