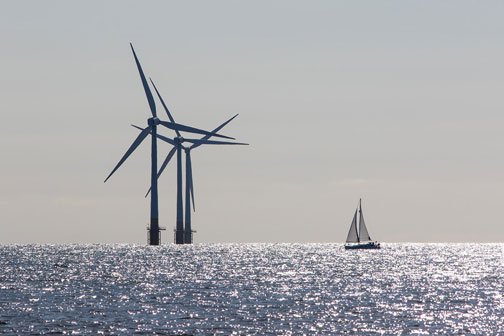 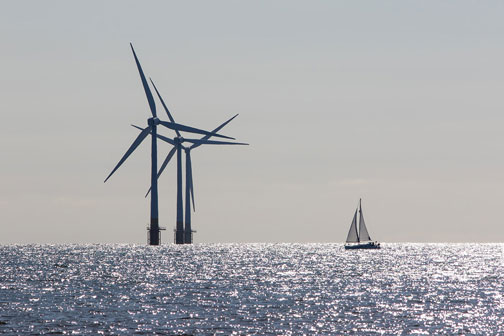 – Wind power can be a breath of fresh air for many communities in the form of creating jobs and lowering energy costs.In fact, proposed plans calling for 20,000 to 30,000 megawatts (MW) of offshore wind capacity to be operational by 2030 include projections for up to 83,000 American-based jobs, according to a report from the American Wind Energy Association (AWEA)."Offshore wind is key to the future of clean energy development in the U.S. and will add to a thriving wind power industry that already represents the largest source of renewable energy in the country," says AWEA CEO Tom Kiernan."The offshore wind industry will create tens of thousands of jobs and provide billions of dollars to the economy, while delivering on its enormous untapp sed potential to power major population centers, such as up and down the East Coast."The offshore wind industry is positioned to follow in the footsteps of the successful growth experienced by land-based wind. Currently, onshore and offshore wind support more than 500 manufacturing facilities and account for more than 120,000 jobs in the United States.Wind technician is ranked as the second-fastest-growing job in the country, and building and maintaining offshore wind farms will require a diverse workforce, including wind technicians, electricians, welders, longshoremen, and vessel operators. Many job skills used in other fields, such as the oil and gas industry, are transferrable to working on offshore wind turbines, according to AWEA.In addition, the economic impact of offshore wind will reach beyond the East Coast, as more facilities are needed to build supplies for the growing wind industry.Also, the benefits of offshore wind power extend beyond job creation to improving and stabilizing utility costs for millions of Americans through an affordable, clean energy source.Currently, Connecticut, Maryland, Massachusetts, New Jersey, New York, and Virginia have set targets for developing offshore wind farms as part of their clean energy commitments, according to AWEA.State governors and other local officials recognize the potential of offshore wind, but they need to hear from the public as well, according to AWEA.For more information about the possibilities and benefits offshore wind brings to the economy and environment, and to voice your support, visit supportoffshorewind.org.

COVID-19 Info for People with Disabilities