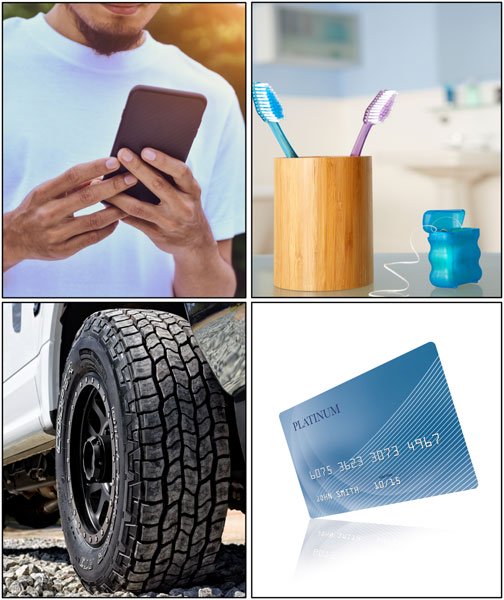 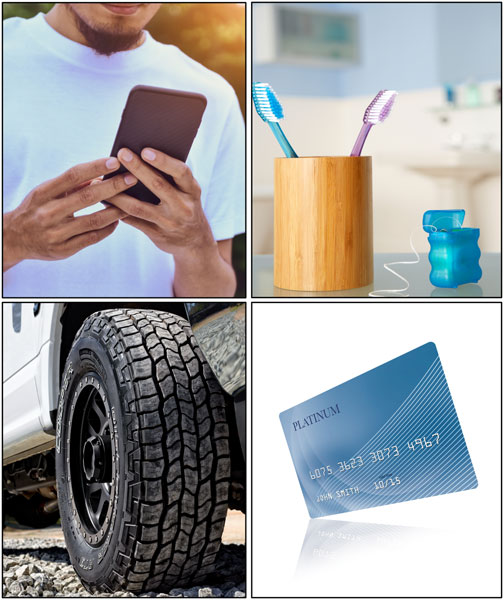 – You may be surprised to learn that, when asked to consider the items they can’t live without, Americans rank toothpaste and their toothbrush almost as important as the internet and cell phones, according to a recent study.A new survey on reliability from Cooper Tires is based on data from a survey of 2,000 U.S. adults. The survey drills down into what Americans rely on most in their daily lives, with some interesting findings. In order to smoothly navigate your day-to-day, it’s likely there are a few key items, whether you really think about them or not, that we all count on to work in order to get things done.The reliability of these items – the fact that they consistently perform well – is critical to our day-to-day and impactful on our emotions (both positive and negative) and yet we don’t stop and think about, much less celebrate, the value these items bring to our everyday lives. Cooper is built on providing quality, reliable tires for drivers since 1914, and understands the value of being a reliable partner for everyday life, whether celebrated or not. And many of the items that Americans named as their top 10 aren’t lauded on a daily basis – but maybe they should be.Items in the study were ranked according to rational and emotional responses, with these subscores combined to determine the overall reliability scores.The survey found that Wi-Fi/the internet earned the top ranking for reliability followed by cell phones, but somewhat surprisingly, a toothbrush and toothpaste were third overall. Wi-Fi/the internet scored highest not only on regularity of use and quality, but also contributed highly to both happiness and anxiety – implying that this technological marvel causes a range of emotions, from giving users joy, while at times plummeting them into stress. This ranking also showcases how ubiquitous Wi-Fi/the internet and cell phones have become for people of all ages and backgrounds. The humble toothbrush actually scored higher on the happiness subscale than laptops, sunglasses or even makeup.Also ranking high for rational responses are cars and their tires. Cars scored fourth overall, with tires sixth, but on the emotional subscore, personal vehicles were second highest, showing that Americans still love their cars, and value reliable tires to get where they need to go, as well as to keep them safe.Even when the survey findings were divided into subgroups by age (Gen Z, millennials, Gen X, baby boomers and the Greatest Generation), personal vehicles beat out ridesharing."While high-tech products and advancements are exciting and buzzworthy, it’s much more routine items that we look to and rely on to get through our day," notes Jessica Egerton, director of brand development at Cooper Tire & Rubber Company. "This shows a clear distinction between the things that are nice to have – such as fitness trackers and tablets – and things that are a critical necessity for most Americans in navigating their everyday – such as a personal vehicle."The remaining top 10 items are: shampoo, credit/debit cards, glasses or contacts, microwaves, and live TV.While no food items made the top 10, coffee was the top consumable item, in 12th place, followed closely by chocolate in 14th place (laptops took the 13th spot). Interestingly, although both coffee and chocolate scored higher on the rational subscale than the emotional, chocolate not only scored significantly higher among women and Gen X, but chocolate had the largest gap of any item between anxiety and happiness on the emotional subscale. It would appear that chocolate brings consumers joy, but does not cause them stress. Enough said.Visit cooperreliabilitystudy.com for the full survey results.

Grunge, Scrunchies, and Chickenpox: One of These Things Should NOT Come Back

Toys for Tots Continues to DoGoodNow with “Christmas in July”