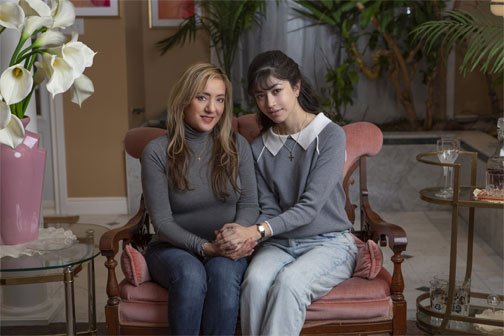 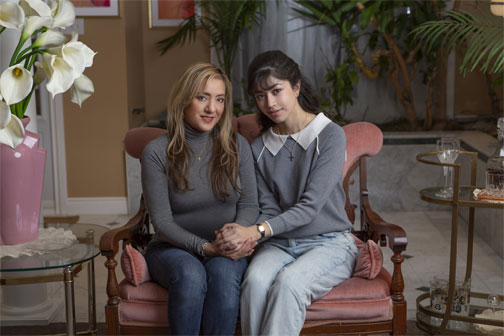 – Although it happened nearly 30 years ago, the story of Lorena Bobbitt and the domestic violence she endured still resonates today in the #MeToo era. Lifetime kicks off Memorial Day with the Ripped from the Headlines feature premiere of "I Was Lorena Bobbitt" on Monday, May 25, at 8pm ET/PT.Lorena Bobbitt (now Lorena Gallo) serves as one of the executive producers on the film, as well as its narrator.The story follows her journey from a young and innocent immigrant bride to a victim of domestic violence. In 1993, after years of abuse at the hands of her husband, John Bobbitt, Lorena fought back, cutting off her husband’s penis with a knife and becoming an unlikely international media sensation. The film follows her evolution into a strong and thoughtful woman who has devoted her life to advocating for abused women."There are many reasons why I feel it’s important to share my story now," Ms. Gallo says in an interview."Lifetime gave me a platform and truly listened to my message about domestic violence, and I was actively involved in telling my story. I believe with the #MeToo movement and increased awareness of domestic violence and sexual assault that my message would be heard."The process of making the movie was very emotional, Ms. Gallo says."With me being so young and an immigrant, new to the United States and to endure the type of abuse that I went through, along with the court case and the media frenzy that followed, it is a reminder of what I had to go through to help to become the person that I am today. The work that I do with the Lorena Gallo Foundation and other organizations is based upon my own experiences," she explains."I Was Lorena Bobbitt" stars Dani Montalvo ("Dispatches from Elsewhere") and Luke Humphrey ("Tiny Pretty Things") as Lorena and John. Ms. Gallo spent time discussing her past with Ms. Montalvo to help her prepare for the role. "We learned a lot from one another and I’m grateful for our time together," Ms. Gallo says.The take-home message from the movie, according to Ms. Gallo, is "that domestic violence is real and doesn’t discriminate. It can happen to anyone and there are definitely signs showing that someone is abused and it should be taken seriously and not overlooked."Ms. Gallo’s advice to others who are dealing with abuse: "Never give up hope and be resilient."She emphasizes, "You are not alone and there are options and resources. Do not keep it to yourself. Contact family and friends and understand the resources available to you now, such as shelters, domestic violence hotlines and social service organizations. First responders and doctors are better trained to understand and deal with domestic violence-related problems." She adds, "Do not deal with the situation with the false hope that it will get better. Silence is not an option!"Domestic and sexual violence is on the rise with many stuck at home with their abusers because of Covid/stay-at-home orders, so this movie is more timely than ever to help women with resources. During the film, Lifetime will run a public service announcement for the National Domestic Violence Hotline and the National Coalition Against Domestic Violence featuring the actors and Lorena Bobbitt, as part of Lifetime’s public affairs campaign, Stop Violence Against Women.Visit mylifetime.com for more information about upcoming programs.Follow on social @LifetimeTV and using #IwasLorenaBobbitt.

MyFreePharmacy Takes the Pain Out of Filling Prescriptions

4 Benefits of Financial Advice for Your Student Loans