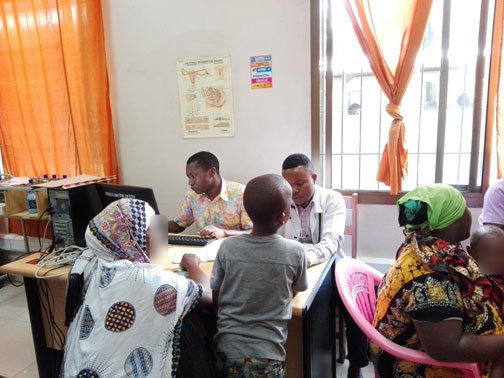 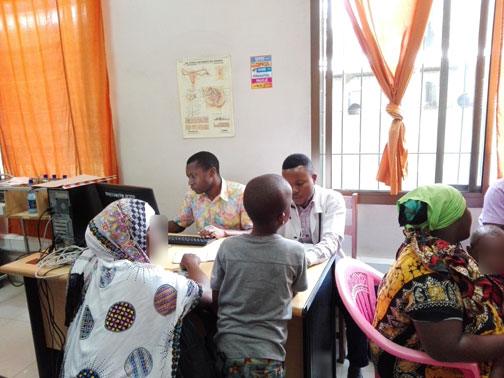 – Each year, some 150,000 children in Nigeria are born with sickle cell disease, the most common – and often life-threatening – inherited blood disorder in the world."I was not happy when I read that Nigeria will have the highest contribution to the global burden of sickle cell disease by 2050 – if we continue at the present birth rate and the level of inactivity in newborn screening," says hematologist Obiageli Nnodu, M.D., the lead researcher in Nigeria for the Sickle Pan African Research Consortium (SPARCo), funded by the National Heart, Lung, and Blood Institute (NHLBI), part of the National Institutes of Health. "As a country, we can do better than that. After all, this is a disease where children die undiagnosed, and largely from preventable causes such as bacterial infections."Sickle cell disease affects 20 million people worldwide, including at least 100,000 in the United States, mainly African Americans, but Hispanics and Asian-Americans, too. To help address the problem on a global scale, the NHLBI has been supporting programs in sub-Saharan Africa, where more than 75 percent of the sickle cell disease births worldwide occur. SPARCo, with a hub in Tanzania, and additional sites in Nigeria and Ghana, works to develop an infrastructure for sickle cell disease research, health care, education, and training to take place in Africa."We are showing that with effective partnerships, significant advances in health and biomedical science can be achieved," says Tanzania-based Julie Makani, M.D., Ph.D., who leads the SPARCo consortium. SPARCo, in collaboration with the Sickle Africa Data Coordinating Center, led by Ambroise Wonkam, M.D., in South Africa, created Sickle In Africa, which has a growing electronic registry of more than 10,000 individuals with sickle cell disease."The genetic diversity of Africa’s population allows scientific research that will increase our understanding of how a disease caused by a single gene can manifest in such different ways," Makani explains.Newborn screening, as Nnodu notes, is the first step to reduce mortality and suffering for these children, and for that, they need good tests readily available at the point of care. That’s why NHLBI supports research towards development of diagnostics, such as a new rapid result test that is relatively inexpensive, accurate, and can provide a timely diagnosis of sickle cell disease. The test does not require sophisticated laboratory equipment, electricity, refrigeration, or highly trained personnel – a critical advantage for countries with few resources.On the treatment front, a large multinational NHLBI-funded clinical trial found that a daily hydroxyurea pill was safe and effective for young children living with sickle cell disease in sub-Saharan Africa. The NHLBI also has its sights on developing genetic therapies for the disease, as part of a newly announced NIH collaboration with the Bill & Melinda Gates Foundation. The goal of the partnership, which also addresses HIV, is to advance possible gene-based cures to clinical trials in the United States and relevant countries in sub-Saharan Africa within the next seven to 10 years."A person’s health should not be limited by their geographic location, whether it’s in rural America or sub-Saharan Africa," says Gary H. Gibbons, M.D., director of the NHLBI. "Harnessing the power of science is needed to transcend borders if we want to improve health for all."

“UN/Reconciled:” Passionate, Powerful Poems On a Delicate Love Gone Off

Don’t Discount the Value of Donations to Our Troops