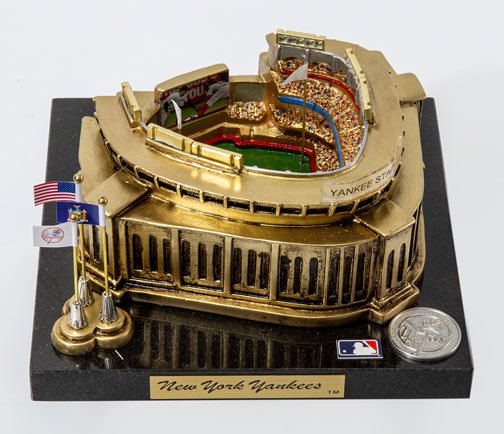 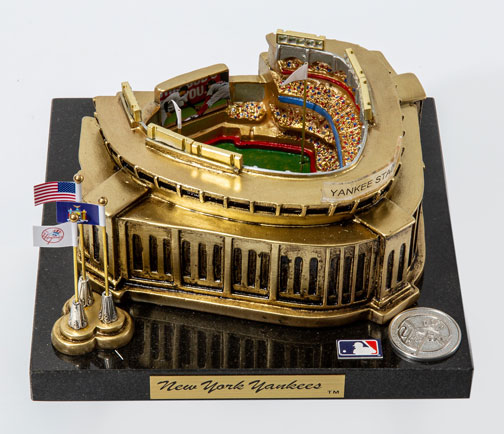 – Even as baseball has put a "pause" on its season, doesn’t mean that you can’t still support the person in your life that "lives for love of the game."Now there is a gift for the baseball fan who has everything – his or her own stadium. A collection of exquisite models of Major League Baseball stadiums lets fans bring their favorite ballparks home.Searching for the right gift for Father’s Day, birthday, or any special occasion can be a challenge, but a one-of-a-kind rendition of a favorite stadium will be showstopper for an art enthusiast, sports fan, or collector of sports memorabilia.After all, nothing captures the spirit of a sports team like the stadium where the action happens and the memories are made. Many sports stadiums, both old and new, are works of architectural elegance, and the replicas from Westbrook Sports Classics let fans appreciate these iconic structures from a new perspective.The stadium reproductions measure approximately 7-by-7 inches, weigh approximately 10-12 pounds, and come with a protective acrylic case.The models are designed and created by John Kimball Westbrook, an award-winning artist whose background includes the study of architecture as well as commercial art. Mr. Westbrook also spent time in Washington, DC, on a scholarship to study with Italian stone carvers during the completion of the National Cathedral, where he developed his passion for sculpture."Over the past 30 years I have worked with different fine art medium, including carving marble, granite, various semi-precious stones, bronze, wood, ivory, silversmithing, drawing and painting," Mr. Westbrook explains on his website.The limited-edition ballparks are cast in a bronze composite with a marble base, and feature tiny crystals that refract light to give the appearance of a stadium at night.The Westbrook Sports collection to date features 17 Major League Baseball stadiums, historic and current, including Fenway Park, home of the Boston Red Sox; the former home of the San Francisco Giants, Candlestick Park; the Chicago Cubs’ Wrigley Field; and both old and new versions of Yankee Stadium. All Major League Baseball trademarks are copyrights used with the permission of Major League Baseball, and Mr. Westbrook plans to expand the collection to National Football League stadiums and British football (soccer) stadiums as well.For more information and photos of the stadium models, visit westbrooksportsclassics.com.

World's Most Expensive Sneakers Will Order Your Pizza

Electric Shock Drowning — The Hidden Danger to Swimmers And Boaters

Why 529 Savings Plans Could Be an Opportunity You Don’t Want...