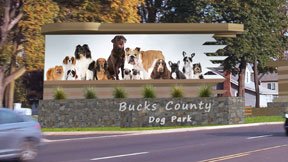 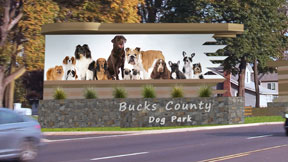 – Lassie used to run free throughout the town, solving problems and rescuing kids in trouble.Today, it is rare and often illegal to let a dog roam off-leash. Even large parks usually have leash laws. At the same time, dog ownership is growing.According to the American Pet Products Association, there are over 60 million US households with at least one dog. And those dog owners are increasingly looking for places to let their dogs run and socialize off-leash.Some communities have solved this by creating off-leash areas such as fenced-in parks where people can let Spot run free.According to the Association of Pet Dog Trainers, a good dog park has a few essential features. The basics are bags and trash cans for cleaning up after dogs, fresh drinking water, and shade for cooling down.Ideally, dog parks would include separate entrance and exit gates, allowing everyone to comeand go with not only ease, but safety. And a dual-gate system would help eliminate dogs escaping through any open gate while another dog is entering or leaving through it.While those are the basics, dog parks are popping up around the country with additional fun features to keep canines safe and happy.Beau’s Dream Dog Park in Lancaster County, Pennsylvania has a tennis ball tree that launches balls for large dogs.Pilgrim Dog Park in Provincetown, Massachusetts has pet-friendly sculptures designed by local artists that dogs can play on.Catalyst Experiential is currently designing the Bucks County Dog Park, which will be one of the most feature-laden in the country. The entrance is designed to resemble the two halves of a large, broken dog biscuit. Once they pass through the "dog biscuit" entrance, dogs will find water features, an agility station, ample shade, and even dog-wash facilities inside their park. It’s like Disney for dogs!The dog park is one of many projects that Catalyst Experiential is bringing to communities as a part of their vision to integrate community and communication.The "broken dog biscuit" entrance to the park features two displays that will enable local government, schools, organizations and businesses to speak directly to the communities they serve, including announcing local events, issuing safety messages, and other timely communications.A dog lover and owner himself, Catalyst Experiential CEO Thaddeus Bartkowski explains that "while dog ownership has increased, rules and regulations restricting the ability of dogs to run free has unfortunately been on the rise as well.""What we hope to create is a place where dogs can get the off-leash exercise they deserve to enhance quality of life for both the dogs and their owners," he says.For more information about Catalyst Experiential, reach out here.

Pet Parenting Tips Around the Holidays