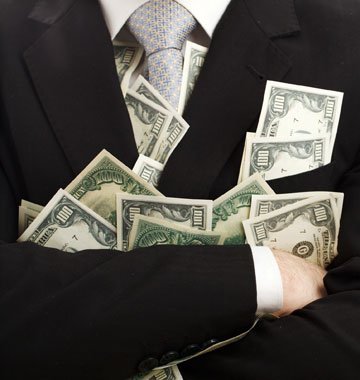 – Just started a new job with an employer who thinks you’re as visionary as Steve Jobs? Or maybe you’re between gigs and “exploring other opportunities.” Either way, you need to decide what to do with your old 401(k). It’s been estimated that there are about 15 million such accounts left behind by former employees, mainly because of either inertia or plain confusion over strict rules for moving the money. And since the IRS doesn’t allow procrastinating on a key decision — if you withdraw even a dime, you’ve got just 60 days to reallocate into a different tax-advantaged account — here’s a rundown of your options to avoid what could be a costly mistake: * Option No. 1: Cash Out Unless you’re in dire financial straits and really, really need the bucks to live off, the consensus is this is a bad idea. “Cashing out comes with an immediate price, both in terms of giving up potential future gains in your portfolio and in the IRS taxes the company handling your 401(k) for your former employer is legally obliged to withhold,” explains Nupur Bahal, vice president for retirement at Fidelity Investments. “That’s money you won’t have for retirement.” Yes, the government must have its cut. Specifically, 20 percent in federal income taxes, 10 percent in an “early-withdrawal penalty” for those under age 59?, and — wait, we’re not done yet — whatever additional percentage your individual state may or may not assess. Translating that into real money, Fidelity’s website (fidelity.com) uses the hypothetical example of a 36-year-old who decides to cash out the $ 16,000 balance in her account. After deducting just the federal taxes and penalties, she’d be left with only $ 11,200. Feel free to imagine how much you’d be out if your account is fatter. * Option No. 2: Move the Money to Your New Employer’s Plan Doing what’s called a “rollover” is an easy way to keep your 401(k) savings together and growing tax-deferred. But bear in mind: Investment options vary from plan to plan — as do fees. (And not all employers even accept rollovers.) Which means you might want to do some comparison shopping before committing. * Option No. 3: Move the Money Into an IRA As with the previous rollover, you get to avoid the tax bite of cashing out. The difference here, though -; and these could be major plusses — is that not only do IRAs offer more investment choices than the typical 401(k), but you’re also able to make penalty-free withdrawals for qualified education expenses or up to $ 10,000 for a first-time home purchase. “Especially if you already have other, non-401(k) accounts elsewhere, it may be simpler and more effective to consolidate everything under one roof,” says Bahal. * Option No. 4: Leave It With Your Ex-Employer Penalty-free withdrawals are allowed for those who leave their jobs at age 55 or older — as opposed to 59? for IRAs — and unique investment options might warrant just letting things ride. But some people forget the account exists with the passage of time — no, really — and further contributions are verboten. Whatever you decide, remember the clock is definitely ticking for you to contact your old 401(k) administrator should you choose to withdraw even that one dime.
NewsUSA Tips and How To