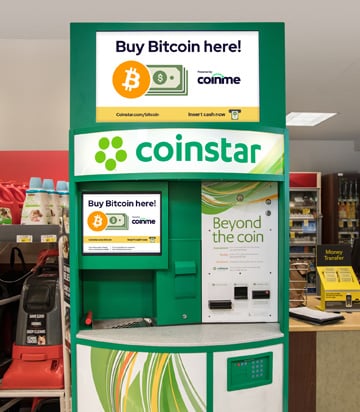 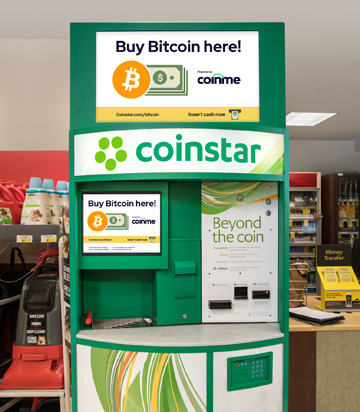 -Cryptocurrency continues to make waves through the financial world, and more everyday Americans are getting in on the action, too.Companies such as Coinme are making cryptocurrency accessible to everyone. The company has announced an expanded partnership with Coinstar, the global leader in self-service coin counting, to launch more than 350 bitcoin-enabled Coinstar® kiosks in North Carolina and Connecticut. With this expansion, the companies are bringing bitcoin to retail locations, including Food Lion and Harris Teeter in North Carolina and Big Y World Class Markets in Connecticut. This launch increases the U.S. footprint of bitcoin-enabled Coinstar kiosks to more than 6,000 across 47 states."We’re excited to launch hundreds of new bitcoin-enabled Coinstar kiosks in Connecticut and North Carolina," says Neil Bergquist, CEO of Coinme."Simple, trusted and accessible cash-to-bitcoin onramps help hard-working Americans, including the 24% that are unbanked, gain access to bitcoin, which has proven to be an increasingly beneficial store of value."More consumers are embracing cryptocurrency for a variety of purposes.A recent Coinstar survey found that of those who use cryptocurrency, 53% of users focus on investment, while 37% say they use it to protect their money.Cryptocurrency is an especially helpful option for people who don’t have access to traditional banks or other assets. These individuals can purchase a portion of a bitcoin, known as a Satoshi, and improve their financial independence through the digital currency revolution."More Americans are coming to see the value of bitcoin, and we see this reflected in the continued popularity of Coinme’s bitcoin offering on our kiosks," says Jim Gaherity, CEO of Coinstar."Through our partnership, we offer an easy-to-use avenue to purchase bitcoin on select Coinstar kiosks via Coinme."To get started, users only need a valid mobile phone number, a driver’s license or state I.D and cash in U.S. dollars.Turning cash to bitcoin at a Coinme-enabled Coinstar kiosk involves just four simple steps:

Coinme bitcoin-enabled Coinstar kiosks have several advantages over bitcoin ATMs, including safety backed by the latest regulatory compliance, and the ability to access bitcoin instantly in the Coinme Wallet, without the need to input separate wallet information.Visit coinme.com for more information and to find a Coinme-enabled Coinstar kiosk near you.

For Adult Survivors of Childhood Sexual Assault, AB218 Is a Chance for Justice

BookTrib's Bites: Four Great Reads as We Wind Down the Year