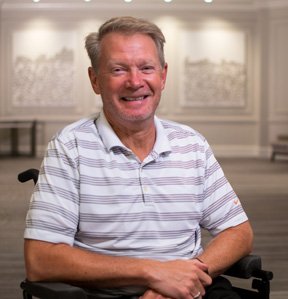 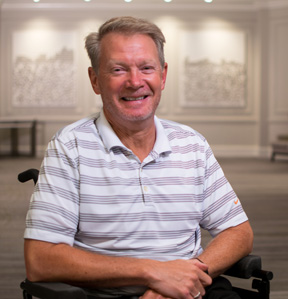 – In 2001, Alan Alderman was diagnosed with Amyotrophic Lateral Sclerosis (ALS). Many people know ALS as Lou Gehrig’s disease, named after the famous baseball player who got the illness.ALS is a disease that makes the nerve cells stop working and die. The nerves lose the ability to trigger specific muscles, which causes the muscles to become weak and leads to paralysis. Unfortunately, about 80 percent of people who get ALS die within two to five years of diagnosis.After Mr. Alderman’s diagnosis, he became determined that ALS might eventually take his life, but it would not destroy it.For the past 18 years, Alan has been fighting against ALS. He has been active in fundraising, advocacy, and raising awareness for ALS. This winter, he rowed 3,000 miles across the Atlantic Ocean in a rowboat to help raise funds and awareness for the organization Row4ALS.While most of us don’t want to face the ocean in a rowboat, what can we do to help fight ALS?The National ALS Registry helps gather information from people like Mr. Alderman who are living with this terrible disease. The National ALS Registry is the only population-based registry in the U.S. that collects information to help scientists learn more about who gets ALS and its causes. Researchers and scientists from all around the world can access the Registry data.During the seven years of the National ALS Registry’s existence, researchers have learned a lot about ALS. But there is still a long way to go to understanding this disease. The Registry relies upon the participation of the people around the U.S. living with ALS.The Registry has found that over 16,000 persons with ALS live in the United States. In addition, the Registry is funding research to find out what may cause ALS, such as exposures to environmental toxins and pollution, genetic links, and certain medical conditions or medications.While we don’t know the causes of this disease, we do know that to get a full picture of this disease – and to understand its possible causes, and potential treatments – the Registry needs as many patients as possible to register. All of the data are confidential; researchers do not get patients’ personal information.Every year, nearly 5,000 more people are diagnosed with this terrible disease. Everyone’s story is different, and everyone’s piece of the puzzle is essential. When patients join the Registry, it helps give researchers more information. This could lead to a better understanding of the causes of ALS, and could help offer a better future for people with the disease.If you or someone you care about has ALS, please consider learning more about the ALS Registry by visiting www.cdc.gov/als.