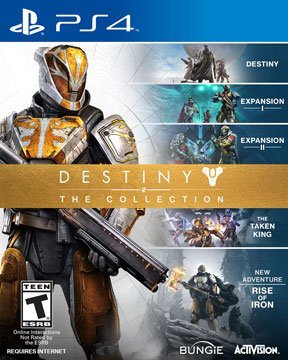 – It’s an undeniable fact. Among cash, gift cards and the “toy of the moment,” kids want to see video games under the Christmas tree. Rail against it all you want, that’s the reality. But take heart, parents, today’s video games can teach kids valuable life lessons not learned in a classroom. For those that scoff at the idea that video games have value beyond hours of mindless entertainment, Sherry Turkel, a professor and researcher at the Massachusetts Institute of Technology says, “think again.” “The games demand skills that are complex,” Turkel told The Washington Post in an interview. “There is learning how to learn ? there is nothing mindless about mastering a video game.” One game that is getting attention for its complexity and teachable moments is Bungie and Activition’s Destiny games, a bold world of action and adventure where kids are a Guardian of the last safe city on Earth. If you’re a veteran and have followed the game from its inception, you may like the newest release, Destiny: Rise of Iron. If you’re a newbie, Destiny — The Collection, contains five games in one collection, including the newest release from the award winning franchise. And best of all, it’s available for just $ 59.99. Still not convinced? The following skills are just a few underlying themes in the Destiny franchise that teach kids lessons outside of simple distraction: * Astronomy. The game offers a futuristic fictional scenario of our Solar System, where humans colonized other planets but were mysteriously brought to the brink of extinction (with known survivors now living in and defending Earth’s last city from alien invaders). * Problem solving and creativity. In Destiny, players not only fend off alien antagonists, but must also solve mysteries, create their own avatar race and class, and complete multiple tasks. * Hand eye coordination. As a shooter-based game, Destiny features combat against an onslaught of alien enemy attacks from all angles. * Team work. The game contains three-player strikes and six-player raids, requiring communication and teamwork. * Socialization. Unlike other similar shooter-based games, Destiny does not have blood, gore, or adult content. Instead, the game is rated T for teen and focuses on sci-fi fantasy and discovery, making it a perfect game for parents and siblings as well. Currently Destiny — The Collection and Destiny: Rise of Iron are both offered on the PlayStation 4 and Xbox One platforms. For more information, please visit www.destinythegame.com.
NewsUSA Arts and Entertainment